According to the Entertainment Software Association of Canada (ESAC), videogames are played by 54% of the Canadian population and the average “gamer” spends 11 hours per week playing videogames. Knowing that our CEGEP students are part of these statistics, we decided to experiment with using videogames in the classroom in hopes that the act of playing games that are related to course subject matter, would bring students to a greater level of understanding through an emotional experience.

Johnathan has a personal interest in videogames and he has been using the game Portal in his Humanities 101 course (Knowledge) for several years. His use of this game was the subject of an article on Profweb called: Using Portal to Explain Plato’s Allegory of the Cave in 2014. More recently, he decided to try this approach in another course he teaches, Critical Approaches, in the Arts and Letters Program, using the game The Stanley Parable. This videogame is a short interactive experience that explores narrative structure. Students experience how important the sequencing of a story is in fiction. The game allows them to try-out a very short traditional narrative following the 3-act structure as well as experiment with meta-narratives. 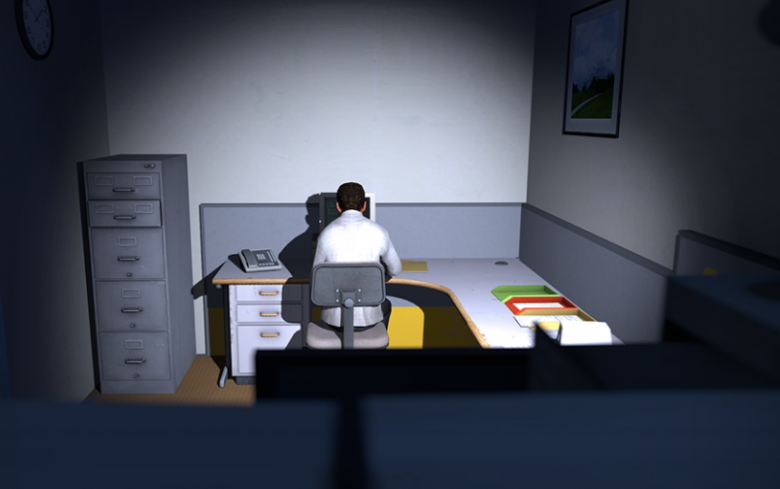 The Stanley Parable allows the player to experience choice in the narrative structure of fiction, deciding what comes next in the story.

As a teacher in the Special Care Counselling Program, Pascale had been struggling to find a way to help students better understand the clientele of First Nations and Inuit communities. She saw Johnathan playing the game Never Alone, a game developed by an Inuit community from Alaska, that uses story-telling to convey the ancient values and traditions of the Inuit people. The game integrates the spiritual aspects of the culture as well as the sense of community. It also mixes game-playing sequences with short documentaries of real people from the Inuit community explaining the symbolic meaning and values of the environment the player interacts with. For Pascale, this is the next best thing to having an elder from the community come to class and present the culture.

We have gravitated towards entertainment or commercial games as they are often extremely well-polished experiences. They are not just playful, but are also developed with the use of psychologists to create carefully controlled scaffolding, which makes the game increasingly motivating as the player advances through different levels. The games we have chosen deal with complex issues and emotions, helping students understand notions discussed in class through a first-hand experience.

We have a theory that we would like to research further, which is that videogames lead to deeper learning. Our theory rests on 2 assumptions:

These 2 characteristics work together to provide motivation as they encourage the player to have an open mind ready to take in new information. To support this hypothesis, we heavily rely on Vygotsky’s theory of social development and his zone of proximal development, in which he claims that traditional play – since videogames did not exist when he wrote his theory - is integral to a person’s acquisition of knowledge. We have yet to test our theory through primary research, but hopefully we will be able to do this in the near future.

In order to ensure that students were able to transfer their experience of playing the videogame to the theoretical notions being examined in class, we developed a series of questions to accompany the experience. This is a new way for students to play a game. We were asking them to be mindful of the experience, to analyze the game, as they would a work of literature or an article. Johnathan found that discussions after playing the game were easier to hold compared to discussions following the reading of a text. Pascale found discussions also very fruitful.

Pascale would estimate that about 75% of the students really understood the deeper meaning and the connection between the game and her course.

Although it is difficult to say if we have truly attained our objectives, both of us have seen positive changes in our students following this experience. Pascale’s objectives of creating understanding, empathy and open mindedness with respect to First Nations and Inuit communities were observed through a change in perspective from the students. In growing attached to the main character, Nuna, and understanding her world through the short documentary clips, the students seemed to develop an understanding deriving from empathy, not just text book information. 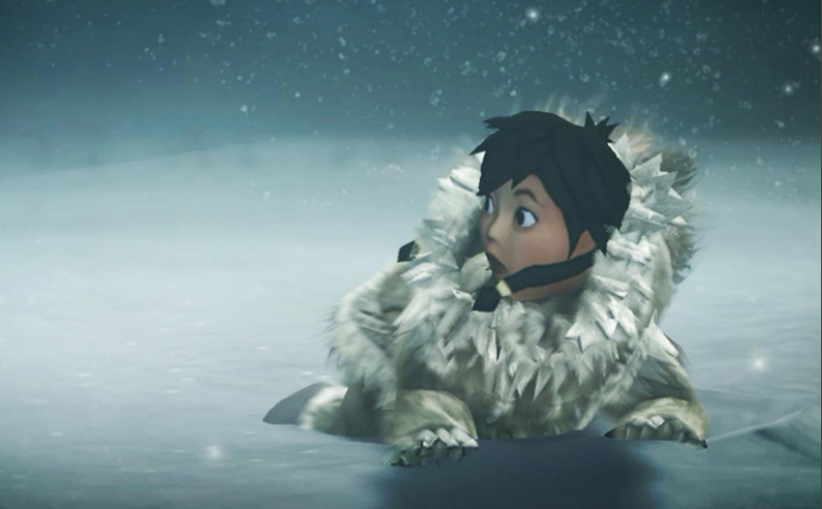 Johnathan believes that he mostly succeeded in his objective of getting students to try something different and to develop critical thinking through the playing of videogames. Furthermore, they also get to see how critical thinking can be a source of play as much as it is important when dealing with serious issues. The objective of using videogames to translate something abstract and theoretical into something tangible and concrete was observed in the discussions following the game as well as on test results.

The majority of students appreciate the experience but there are usually 1 or 2 students who say they would prefer to watch a movie. Johnathan finds that games allow students to have an emotional and social experience. Both of us have students play the game in class which allows us to help students who are having difficulty with the game. There is also the social aspect of playing with a partner or in groups which favours peer-interaction.

Pascale had the students play in teams and the game was projected onto the 4 different screens in the room. The atmosphere in the classroom was energized, as a result of the charged team work used to play the game. One of the reactions that stands out was the emotional reactions when the fox, Nuna’s spiritual animal helper, suddenly dies. Some students were surprised at his sudden death and expressed their dismay. I believe that this kind of emotional reaction allowed them to learn and experience the emotional bond that the Inuit share with nature and thus come to a better understanding of the culture in general.

If you are interested in experimenting with videogames, here are some useful tips:

Play the game yourself

This might seem obvious, but it is important to understand all of the content so you can decide how to integrate it into your teaching and to pull out all of the learning elements.

You will need to help students dissect the experience and create connections between the course content and the game.

Stay focused on the educational component

It is easy to get carried away with the game! Keep focused on learning, before, during and after playing the game.

Try the experience a few times

Like other pedagogical approaches, the first attempt might not be a success, but after a few attempts you will have it figured out.

Chose a game that is accessible on many devices

It enables accessibility by all students.

Have the technological equipment and a technician on hand

Like any type of technology, things can and will go wrong!

Our next step is to conduct experimentation through primary research about our theory that playing videogames in class develops deeper learning of concepts. If you have tried using videogames in your courses, we would love to hear about it!

Johnathan Mina He was born and raised in Montreal, Quebec. He completed his Honours Bachelor’s in Liberal Arts and English Literature at Concordia University and his Master’s Degree in English Literature at Dalhousie University in Halifax, Nova Scotia. He is currently completing a Master’s Degree in Education at the University of Sherbrooke. Johnathan began his teaching career at LaSalle College in 2007 where he still actively teaches. He has presented conferences on the implementation of videogames in the classroom at the 2016 International iPad Summit in Montreal as well as the AQPC Symposium in Quebec City in 2016, and will be presenting their experimentation with videogames at this year’s AQPC Symposium in Montréal with Pascale Warmoes.

Pascale Warmoes She was born and raised in Quebec. She studied at Concordia University and completed a Bachelor’s Degree with a specialization in Psychology. She is presently completing a Master’s Degree in Education at the University of Sherbrooke. She taught Psychology in 2006 in Greece and has been teaching at LaSalle College since 2008. She opened LaSalle College’s Adapted Service Center in 2010 and oversaw its administration for 4 years. She, along with Johnathan Mina, will be presenting their experimentation with videogames at this year’s AQPC Symposium in Montréal.