As part of e-learning initiatives at John Abbott College, faculty release time was given to pilot blended learning projects in two different disciplines: Physics and Humanities. In my Humanities department, the idea of e-learning was received with mixed feelings. While some colleagues doubted the value of technology in a discipline that championed face-to-face interactions and critical dialogue, others were already integrating technology into their classes through using LEA, chat rooms, blogs and discussion forums. 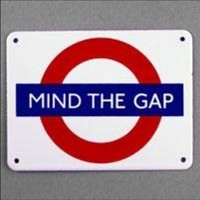 My own view was that if we rejected e-learning, we might not fully understand our students. There can be no doubt that technology is influencing the way young minds develop and interpret information. Moreover, there is often a technological gap between some teachers (digital immigrants, like myself, who more recently have learned about electronic technology) and students who have grown up with such technology (digital natives). I was reminded of the British Railway's standard warning to passengers, "Mind the Gap". As an educator, I thought there was an important message here! So my initial questions were : how does one accommodate this new person in the classroom? Is it possible to leverage and humanize technology in ways that genuinely engage students in critical thinking and active learning? What different skills do digital natives and digital immigrants bring to learning situations?

The blended learning course that resulted was focused on the question of what it means to be a global citizen in the 21st Century. We initially explored the ideas of globalization and global citizenship : discerning ways in which we are both connected and disconnected in our global world. The course then focused on developing specific "literacies", which honed abilities to accurately read our world, including economic literacy, gender literacy, moral literacy and ecological literacy.

I started the pilot project in a small way in the fall term of 2011, but already by the winter semester, technology was playing a far more active role. For example, in the first section on globalisation, we discussed the global supply chain. The students were asked to go through their morning routine - from the moment they awoke until they arrived at school - and consider how their actions connected them to people in the world. One student gave the following account:

Okay, I got out of bed. I had a hot shower. Oh, how many people actually have potable water? And then I went and got dressed. Gee, where do my clothes come from? Then I went down and had strawberries. It's February. I wonder who actually harvested this fruit, and how much it really cost the world, considering the miles it's traveled to get to my breakfast table?

To stimulate students to start thinking more critically about their own patterns of consumption, they watched an online Ted Talk about making global labour fair. They were directed to a fair labour website that gave them access to independent audits of factories owned by some of the brand name companies where they usually shop. They soon realized that not only is it ethically important, but also important for security reasons, to have fair labour practices in the global supply chain. People who are exploited by the system are not likely to want to maintain it. Students started to really think about their roles as informed and just global consumers. 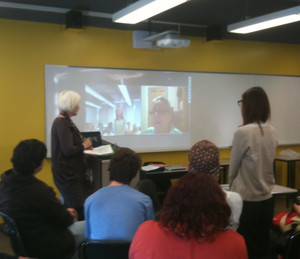 I organized online team forums and class forums in which teams had to discuss findings and create a summary that gathered together the most important insights from their team forum. I found that if teams actually met face-to-face in the classroom (so that they knew each other) online collaboration was facilitated. As a teacher, it was both advantageous and interesting to realize how much each team was accomplishing (or how little!) and to offer support and encouragement where needed. Team summaries were posted on the class forum, where everybody could see what insights had been achieved. One student reflected as follows : You know I never realized what it was like to be actually working in the factories that produced the clothes I buy. This makes me think about using my consumer power in a different way. Students had then to comment – briefly - on other team summaries. In this way, there was a real connection online between the collective work in a small group, visibly posted for everyone to see, and the individual comments on each of the other teams' collective summaries. I was impressed by the quality as well as the level of integration and critical thinking contained in many of my students' responses. Online work, posted in a public forum, seemed to promote a greater awareness among the students of the significance of their written comments. Having attended a pedagogical day on the importance of learning to write and writing to learn, I was aware of the adage that if students are writing well, this is a sign that they are also thinking well! Moreover, I found that some of the less articulate students found their voices more easily online. In my online office hours, they made it clear that they felt less inhibited about sharing their views.

Active learning online requires a level of autonomy and commitment on the part of students, as well as a willingness to work collaboratively. There is little chance to simply receive information passively in class! The students had to listen to the Ted Talk, think about the audits, evaluate them, work in a group online in a virtual community, submit summaries and then respond to the work of others. And, certainly, all these online interactions are facilitated when they're graded!

If there are concerns that digital natives may have difficulty in acquiring critical thinking skills, I have come to appreciate the phenomenal online activities and resources that can be leveraged to help students question their assumptions and actively learn about their world.

If there are concerns that digital natives may have difficulty in acquiring critical thinking skills, I have come to appreciate the phenomenal online activities and resources that can be leveraged to help students question their assumptions and actively learn about their world. For example, in the economic literacy section, I interviewed a person from London, England who was working in an innovative health care project for homeless persons, called "The London Pathway". The interview was put in a series of podcasts on the Moodle site. Students were directed first to view a website on the project, then to listen to the podcast. Finally, the person from London came to an in-class online "gotomeeting" where a lively, interactive exchange with students occurred. Student feedback from this use of technology was overwhelmingly positive. Above all, students reported being moved and inspired by the online visitor's dedication, compassion and insights. In this integration of e-learning, not only was technology humanized, but it also became a humanizing force!