In Conversation about the Incredible Power of IT Resources and Teamwork

In 2009 when Mary Frankoff started a small research project at Heritage College, Education Advisor, Lee Anne Johnston mentioned this project at an external meeting in which an employee at Université du Québec en Outaouais was present. He also was a colleague of Martine Peters and informed her of the project. Martine contacted Mary by email, and a meeting was set up. Mary and Martine have been research colleagues since that first meeting.

If there are any cegep teachers out there interested in doing research, try to collaborate with someone who can also bring resources to the table. We're going to keep this partnership going for as long as it works well.

At Heritage College, teachers often make proposals where there's some release time for a project to benefit the school. In Winter 2009, Mary proposed collecting data on where students were researching information because in class she was seeing more laptops. Having just joined Facebook, she was in awe of the social networking site. As a sociology teacher she had to understand her students' socio-cultural lives or she couldn't talk to them.

As a result, in my classroom, I'm more aware of how students use technology, and I discuss Google, Google Scholar, Wikipedia, blogging etc. I need to know if my students are digital natives, digital immigrants or as defined in a paper that we have just sent out for publication - digital resistors who don't like the technology. I'm always picking my students' brains about what their lives look like outside class and how that impacts on what they do in the classroom.

She believes there is a connection, and the existing research confirms this. Mary adds :

In my sociology classes now there is a lot more critical discussion of digital media such as why Google may not be the best way to get relevant information. I'm nudging students to use Google Scholar because given that students don't want to use print anymore, teachers have to understand how this impacts on issues of plagiarism, authorship and ownership in the classroom. 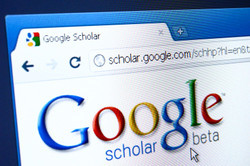 The research is, in part, embedded in the following phenomena:

In our questionnaire from 2009, there were questions about information seeking behaviour. In the fifteen surveys completed by students where they actually left comments, they indicated that nobody told them about all the online library databases, Google Scholar, and the StatsCanada website The students didn't know Heritage College had all these resources for information.

Data anaysis also found differences by age. Older students tended to be more aware of other sources out there than younger students. It was also discovered that that students in pre-university programs had a wider knowledge base of sources. Program of study was a powerful predictor of where students were going for information. And, allophone students, neither first language French nor English, were less informed about online resources, and therefore less likely to cast a wide net when they were looking for information. As analysis on the 2009 data is ongoing, differences by program, by age, and certainly by linguistic variables are evident. Mary informed us that :

At Heritage, this research has changed how I teach in the classroom. I'm acutely aware that I can't make assumptions that students know everything about what Microsoft Office can do for them when they're writing a paper. I'm a lot more hands-on in terms of process such as gathering information, evaluating that information as being a good source or not, and putting the paper together. I think that students really appreciate that I'm paying attention to the technology tools available and not making the assumption that they know the best research methodology. I promote published peer reviewed pieces, and I teach why it's not good to just post something from a blog. I'm in a pre-university program in social sciences. I have to equip students with the skills that are going to be required at university and to my knowledge from colleagues who teach at local universities, standards about what is expected in scholarly pieces have not changed.

You never really stop learning. We now have a new grant that has been given to us by Développement économique, Innovation et Exportation Québec and will be taking our research to China this year.

We're going to be comparing students from Heritage College, my university and Chinese students to see how differently they develop their digital literacy. We'll have a cross-cultural connection which has blossomed into this lovely big project from Mary's first tiny release time project. What an amazing illustration of the values of networking!