Home » Publications » Articles » Virtual Reality and Augmented Reality: What is the Difference? How Can They be Used at the College Level?

Virtual Reality and Augmented Reality: What is the Difference? How Can They be Used at the College Level?

This article was first published in French.

There is a lot of talk about virtual reality especially in the field of entertainment videos, but what about in the world of education?

Virtual reality immerses students in a completely fictitious environment that can be interactive or not. This is made possible among other things by the use of headsets and virtual reality glasses. PlayStation VR, Oculus Rift and HTC Vive are well known to gamers, but there are also inexpensive instruments available such as Google Cardboard that make virtual educational environments available to students using only their smart phones and a pair of cardboard glasses.

A good example of virtual reality in education is an application such as Labster that offers (purchased subscriptions) a completely virtual laboratory. It allows students to manipulate instruments and perform biology and chemistry experiments that would be physically impossible to carry out because of safety issues and cost restraints. This application works with Google Daydream View as well as Levono Mirage Solo with Daydream and can be integrated in a digital environment such as Moodle.

There are also free applications to experiment virtual reality in class. A good example is Google Earth VR available on HTC Vive or Oculus Rift . It allows students to explore the whole world in the comfort of the classroom. 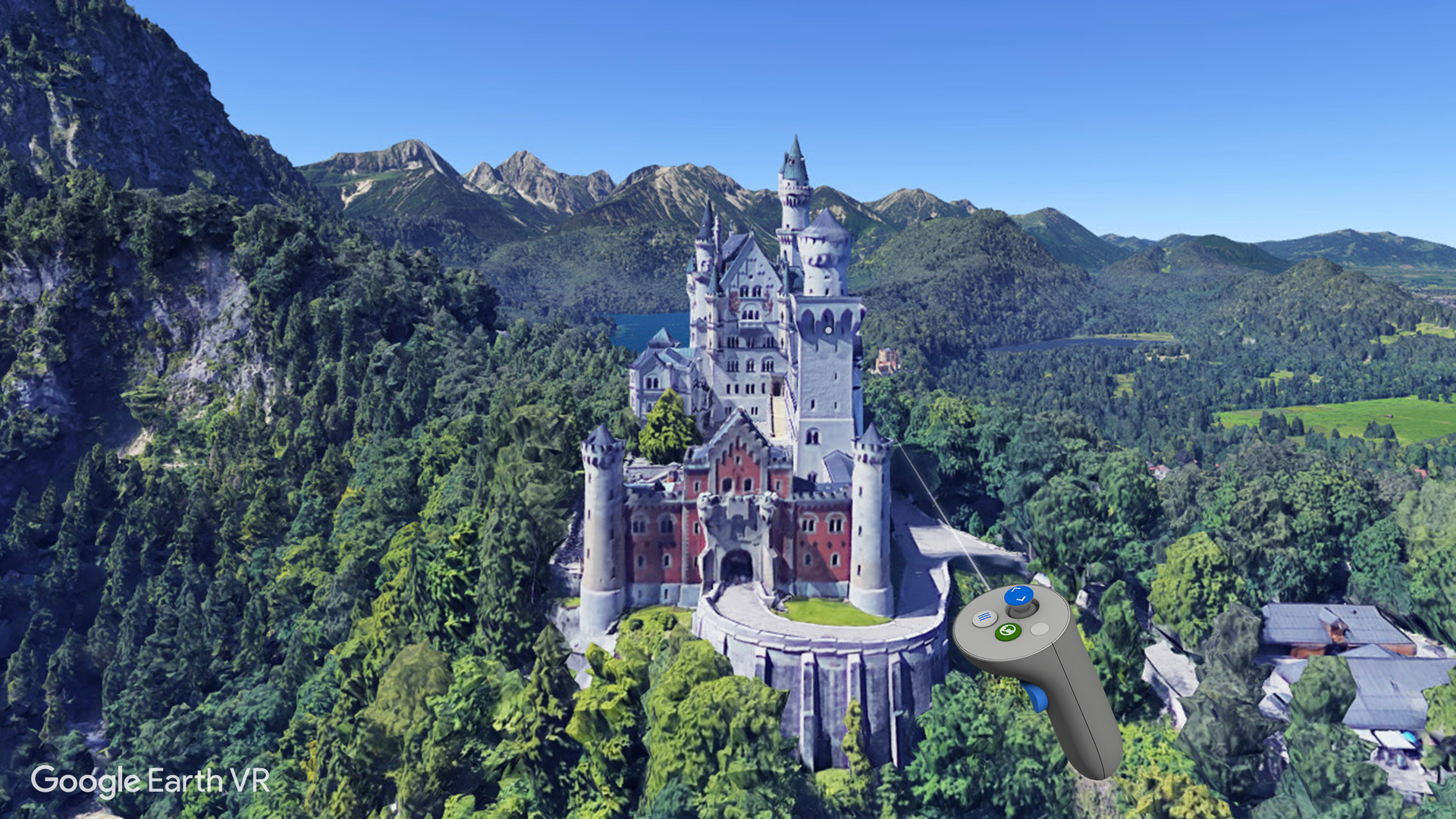 Travel around the world with the Google Earth VR application without buying a single plane ticket. (Photo Source)

It is also worth mentioning Google Expeditions along with Google Cardboard. This free application allows teachers to lead expeditions where students can experience various environments. Virtual reality offers several possibilities for example:

There are a good number of totally free educational applications that can help students better assimilate the content or make new discoveries. There are also applications that allow students to film in 3D and then explore the virtual reality environment. For example a teacher in the Forest Technology Program wants students to visit a teaching and research forest. Unfortunately the weather conditions do not allow. However, the teacher was clever and took 360° pictures at the research station during the summer using the Cardboard Camera application. The teacher shares the photos with the students so that they can visit the virtual reality forest using the Google Cardboard viewer.

Augmented reality consists in superimposing virtual elements on top of real world images. Unlike virtual reality where students find themselves totally immersed in a fully artificial digital environment, augmented reality allows students to see the real world overlaid with virtual elements. The Pokémon Go application is a perfect example in the world of gaming on mobile devices. In the business world, one can also think of Microsoft HoloLens to generate holograms.

In the world of pedagogy, Google Expeditions allows you to place virtual and educational objects in your environment and to visualize them with a mobile device. This can result in rather funny situations. It is a good way for students to rapidly and playfully visualize the elements seen in class. 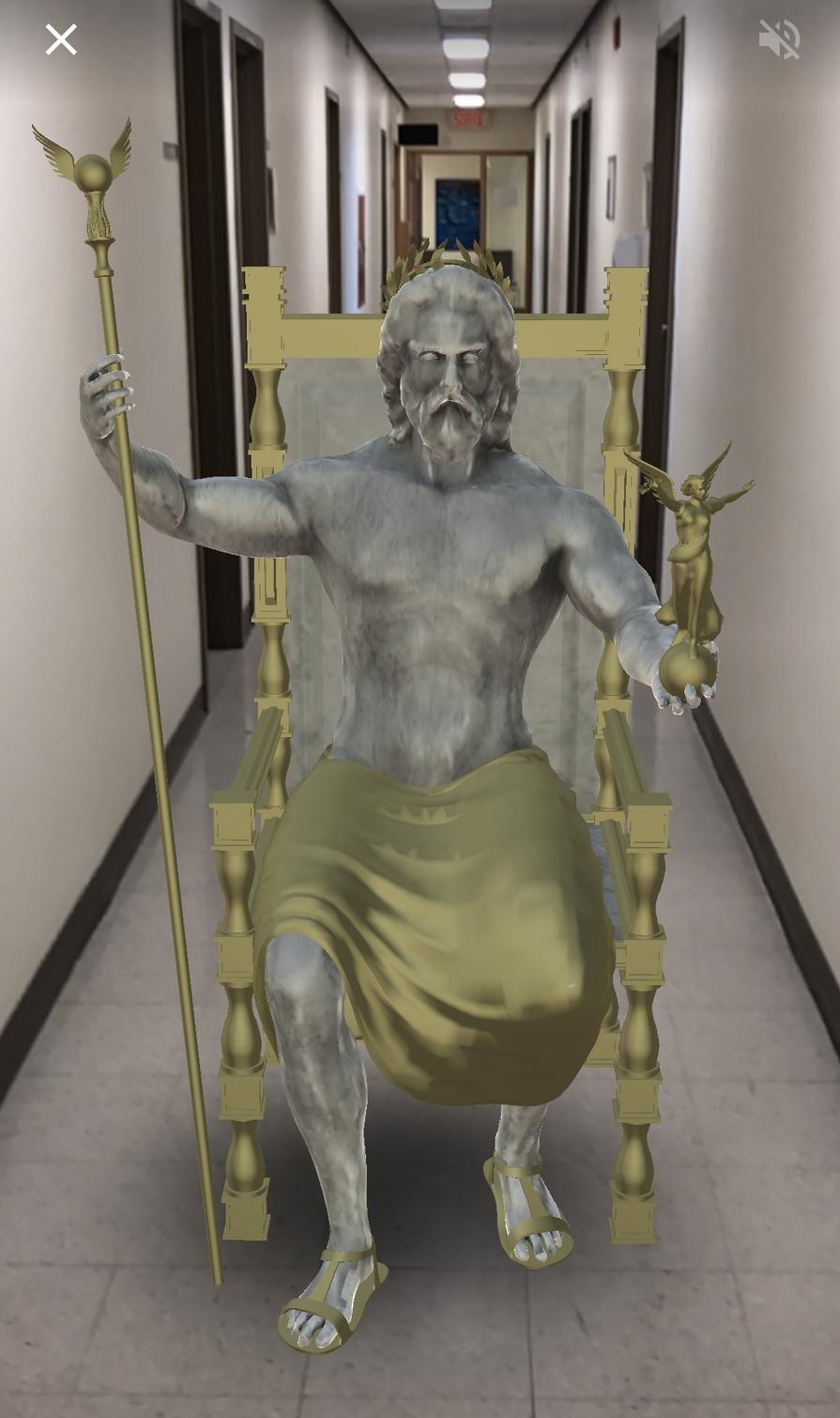 The famous statue of Zeus at Olympia makes an unexpected visit to the Cégep de Rimouski. 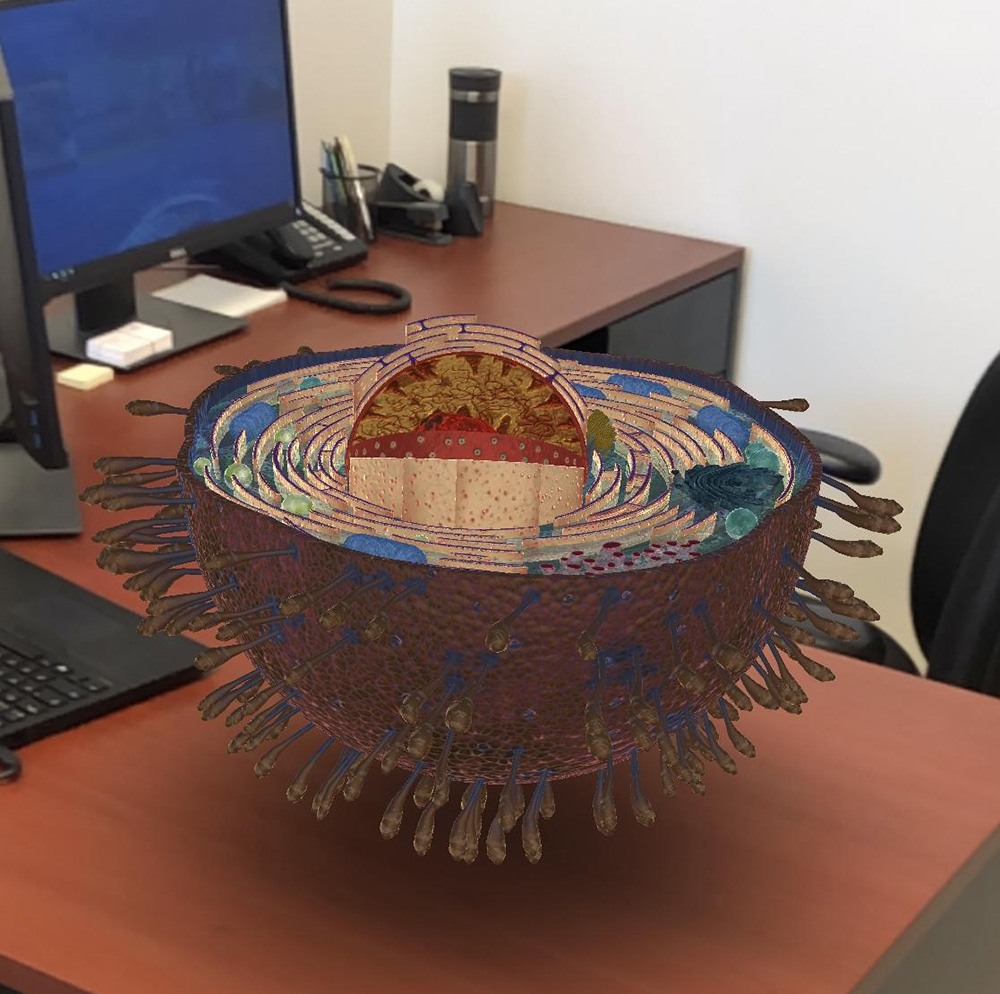 An animal cell spent some time in my office.

Augmented reality could be useful for instance when a history teacher wishes to show students monuments that have disappeared such as the Lighthouse of Alexandria. The teacher has the students use the Google Expeditions application on their telephone to see this historical monument in 3D thanks to augmented reality.

In fact, virtual reality and augmented reality are good ways for students to learn while having fun. Google Cardboard, available at a very low-cost, allows viewers to experience something as if they were there and can be used for pedagogical purposes. It should be noted that even if using these technologies is a perfect example of active learning there is still a way to go to integrate them successfully in the classrooms. Current studies and the advancement of technology will no doubt place virtual reality and augmented reality in the forefront of the teaching universe in the years to come.