In the digital era, several teaching and education establishments have taken the road of gaming as a way to convey knowledge. I took an interest in the developers who put forward games targeting underprivileged populations as a means to respond to diverse problems.

The idea of writing about “useful” games came to me while I was watching the presentation of game designer, Jane McGonigal, entitled: “Gaming can make a better world”. She affirms that if we considerably increase the number of hours spent playing serious games, we can develop competencies to solve certain world problems, such as famine, poverty, climate change, conflicts, obesity. The games must present real problems in a learning perspective that are transferable to reality.

A Few Landmarks to Find Our Way

There are several definitions for serious games:

If a serious game has both a playful function, meaning reserved for amusement, but also a function that leads to practical uses for real life, starting with what has been learned from the game, then “useful” games aim higher: by assigning heroic missions to players, they target problem solving in reality.

The Idea of “Useful” Games (as I call them!) Was Not Born Yesterday…

In the article “Origins of Serious Games” (2011), the authors confirm that the idea of using games (and video games, more specifically), to deal with real and serious situations dates back much longer than we would believe. Some of you will have already guessed, the American Army used the first “useful” simulation games. During the Cold War (1945-1989), the Americans invested a lot of money into research and numerous projects from this time led the way to technologies that are now common place in our daily lives, such as computers or the Internet. However, a good number of the first computer programs were created for military use. The United States Army is very accustomed to using computer simulations with ballistic calculations for resource management.

During my research, I discovered that an international organisation well versed in community development, Christian Aid, is currently implementing the idea of useful games to change the lives of the most impoverished children. It is an organisation that works for sustainable development, reducing poverty, and supporting civil society, in several countries in South America, the Caribbean, the Middle East, Africa and Asia. Here are a few examples, available on the organisation’s website, that were made for children: 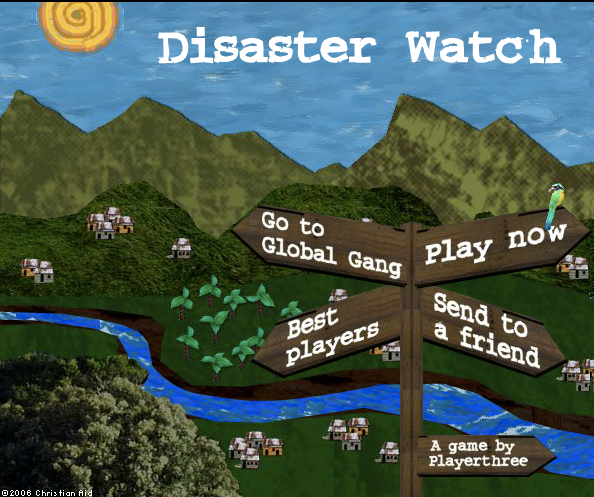 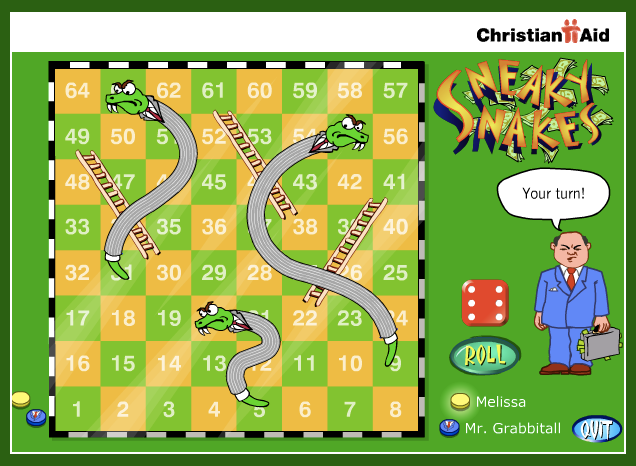 Citizen Ship
Come aboard the Citizen Ship and save citizens of the world from tumultuous seas, hunger and much more. 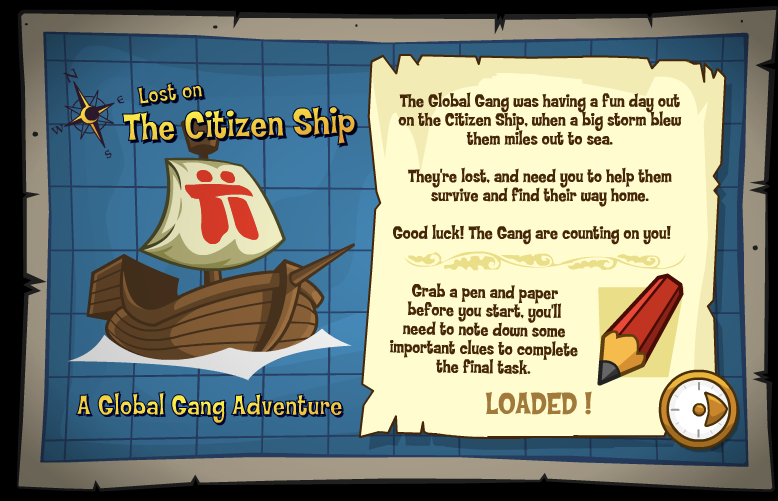 Go Goat Go
Discover how goats in Kenya can contribute to the health of children. 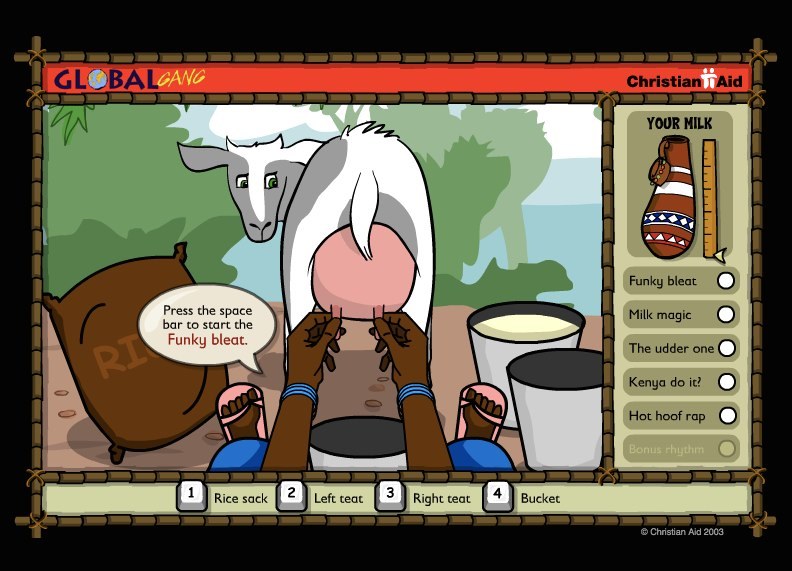 Why are Games a Method to Be Explored?

According to this organisation, games facilitate the assimilation of concepts to be transmitted to children and even more so for those who are impoverished. Their experimentation also proved that children are strong agents of change that they can count on to eradicate the problems they face daily.

In the past, they used playful pedagogical material to reach children about health, hygiene, safety, and these children not only retained the knowledge, but they also put it into practice and shared it with their families. The organisation therefore decided to teach other useful topics (surviving natural disasters, solving situations of injustice…) to children of 6 to 12 years old, who can have an impact on their family and community. This experience showed that games can be powerful pedagogical tools because of their fundamentally motivating nature. The motivation linked to games, is that players believe that they are single-handedly capable of changing the world in a virtual world…and the real one. If this experience has proven successful outside of the academic context, could we expect similar impacts, namely on knowledge, implementation, and even the sharing of information taught by games, in the domain of college level education?

Reality: Extension of the Playful World?

McGonigal, a game designer conceiving games to improve real life and to solve real problems, explains that there could be a spontaneous transmission of acquired competencies from a game to the real world. Games give us a “heroic feeling” that can push us to want to act and accomplish stimulating missions, missions of a “global scale”, to use her words. There is no age distinction made by the author. This then implies that games act the same way for individuals of all ages.

Below is a list of games, more useful than serious, intended for a heterogenous audience, created by the trio J. Van Looy, W. Win and F. De Groove, researchers in media and communication, to increase awareness about diverse social problems and to trigger solutions for real life.

You can also find a list of approximately 20 other games of the same category on the site of Mission to Learn.

Games prove to be a learning strategy having very interesting potential. When the objectives of a game are focused on solving real problems, it is possible to transfer concepts allowing players to solve authentic problems, of the same sort, in real life. In fact, experiments showed that the transition from the game environment to a real one was smooth, therefore permitting players to apply concepts learned in a playful manner to real life. However, it takes a critical mass of players wanting to attack serious problems that are facing our planet. Are the results of the experiments that were carried out conclusive enough to bring global change? To be continued…

Mélissa Philippe The holder of a Masters Degree in Educational Technology from University Laval, she has worked in the past as a humanitarian project manager. During this experience, she has had to face various issues related to the creation of employment and economic and social value. Joining an organization that promotes entrepreneurship education such as the PEEC allows her to work nearer to a solution to these problems that affect, in one way or another, all countries.