The 32nd AQPC Symposium - Cultivating Judgment: from Montaigne to Today

Educators agree that education should look beyond the mere accumulation of knowledge. Already in the Sixteenth Century, the French philosopher Michel de Montaigne expressed this idea in his words Instruction is the development of critical thinking (Instruire, c’est former le jugement). In the same vein is Samuel Taylor Coleridge's saying, “Common sense in an uncommon degree is what the world calls wisdom.”

A program focusing on the acquisition of working methods, the development of critical thinking of students and on the integration of professional and intellectual attitudes and values resulted from reflection on this theme by the Steering Committee of the 32nd AQPC Symposium. For the steering committee of the conference, developing students' critical thinking is allowing them to take ownership of an entire culture. 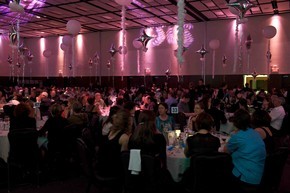 Although at first glance, this topic may seem far removed from the educational use of information technology and communication, a rapid examination of the workshop submissions indicates that ICT will occupy an important place in the presentations. Workshops will focus, for example on the following:

Also featured are workshops on the use of PC Tablets, interactive whiteboards and other technologies. In fact, we are expecting, once again, about 25% to 30% of all 120 papers that make up the conference program to deal with the educational use of technology.

Mr. Claude Lessard will deliver the opening address. Before becoming president of the Quebec Superior Council on Education, Mr. Lessard was known for numerous publications on the teaching profession and teacher training. Because of the importance of his work as a teacher and administrator in the Faculty of Educational Sciences at the University of Montreal, he earned several top honors, including the Prix Allard/Audet for superior work in education fundamentals in Canada, the Prix Léon-Guindon for his contribution to the enhancement of the teaching profession and an Award of Recognition from the Association des doyens et directeurs d’éducation au Québec. 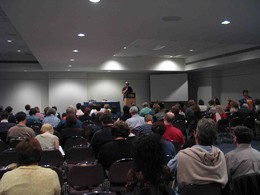 David V. J. Bell, professor emeritus and former dean at the Faculty of Environmental Studies at York University in Toronto, and also President of Learning for a Sustainable Future, will address the role of education and teachers in a world that is learning to live differently on our planet.

Mathieu D. Gagnon, a professor at Université du Québec à Chicoutimi, is co-author of Penser ensemble à l’école (Thinking Together Academically) and Des outils pour l’observation d’une communauté de recherche philosophique en action (Tools for the Observation of a Community of Philosophical Inquiry in Action), will lead a discussion on the development of critical thinking.

Finally, Dany Laveault, professor at the University of Ottawa and expert on questions concerning evaluation will conclude the conference focusing on the exercise of critical thinking for the education professional.

Simultaneous translation from French into English and from English into French will be available for all major conferences. In addition, each workshop time slot will offer at least two papers in English.

As usual, the annual banquet of the AQPC, held this year on Thursday, June 7, will serve as a framework for the Gerald-Sigouin Award as well as that of the honorable mentions. All colleges have already received their invitation to participate in this celebration of the contribution of teachers in educational development. 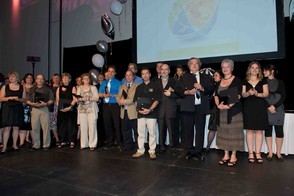 The Awarding of the AQPC Honourable Mentions

The 32 nd AQPC Symposium is shaping up to be another great gathering of the college community focusing on the pedagogy of higher education. The conference program will be released at the end of March 2011. Registration will begin at that time. Until then, interested parties are invited to visit the AQPC website for further details, to leave comments and suggestions here on Profweb and to hold the dates from June 6 to 8, 2012 open on their agenda.