On Thursday, February 23rd, 2017, a Launch event for CCDMD’s new Research Competition website was held at John Abbott College. The Research Competition website contains everything a teacher needs to get started with 3 different role-playing scenarios that can be incorporated into Social Science Research Methods courses. This new web resource, which is available for free to teachers, holds a lot of promise for making courses more engaging, while also inspiring deeper learning through realistic and relevant simulations. 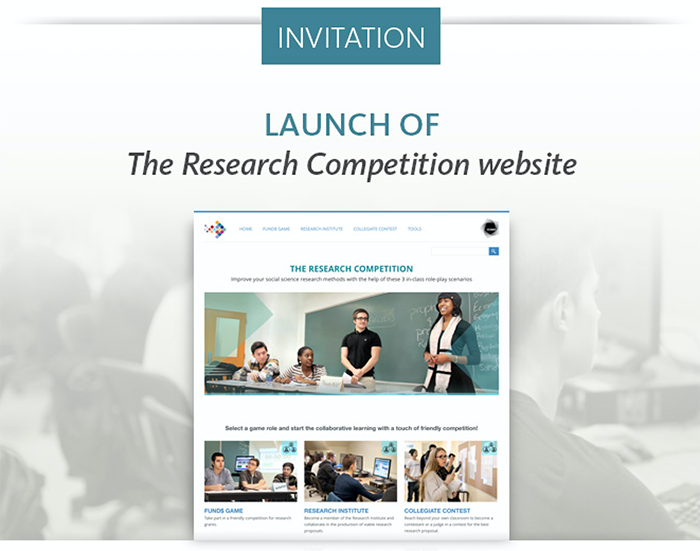 The invitation to the Research Competition launch event attracted a good crowd of faculty members and college administrators. Lynda Gelston, who teaches Political Science at John Abbott College and Michel Hardy-Vallée, a Project Manager from the Collegial Centre for Educational Materials Development (CCDMD) designed and developed this web resource together.

The launch event began with a word of introduction by James Vanstone, John Abbott College’s Departmental Chair of History, Economics and Political Science, who welcomed faculty, administration and invited guests. Mr. Vanstone then invited Teresa Berghello, Dean of Science and Social Science to say a few words about Lynda Gelston. Ms. Berghello noted that Lynda has had an impact on both students and teachers, emphasizing her use of active learning techniques and stating that she has contributed to the professional development of teachers at JAC over the years. Through mentoring and year-end ped days in Research Methods, Lynda has excelled in sharing methodology, strategies and tools. Ms. Berghello also took a moment to thank the CCDMD for its support in facilitating the development of educational resources in partnership with the colleges. 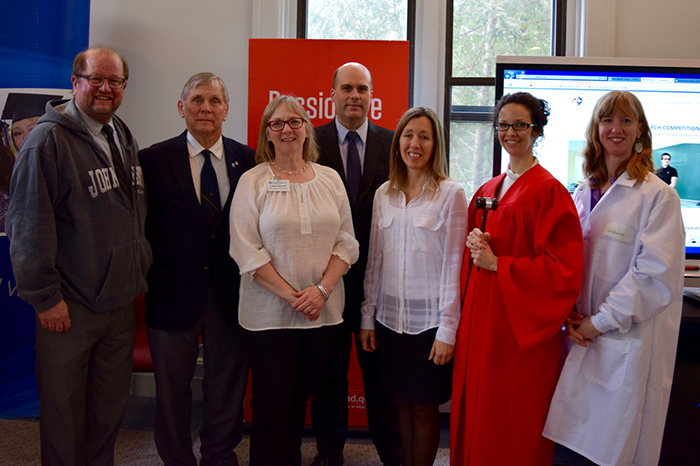 Lynda Gelston was then invited to the podium to speak about her experience working on the project and the impetus for its development. She related how she wasn’t satisfied with the traditional way of teaching methods. She wanted students to get actively involved.

Lynda evoked a metaphor from Robert M. Persig’s Zen and the Art of Motorcycle Maintenance to make her point about the power of role-playing versus more traditional approaches to teaching. Much like being in a car, in traditional approaches to teaching you are often a spectator, whereas on a motorcycle and in role-playing, the frame is gone and you are in the scene. Role-playing, she says, “puts teachers into that sense of presence.” 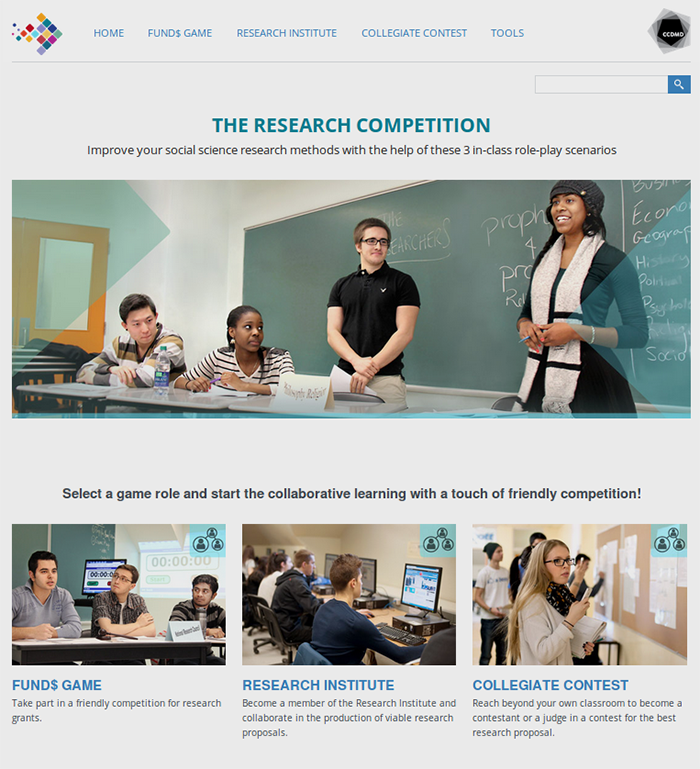 After Lynda’s presentation, the launch event attendees were invited to participate in a short mock simulation of one of the role-playing games, and honorary judges were on hand to adjudicate the research competition.

The CCDMD team pointed out that the Research Competition website was programmed to modern standards and has an adaptive design that works on different devices with different screen sizes (laptops, tablets, etc.).

The CCDMD made the decision to release the Research Competition website under a Creative Commons licence (CC-BY-NC-ND) which means that any educational institution has the right to reuse the resources, as long as no derived works are created from these resources. There are a number of useful learning objects within the project, including a video on “The Confetti Way” of writing a literature review.

The ‘About’ section of the Research Competition also notes that the website is a useful resource related to the following points of the ICT Profile for college students:

Michel Hardy-Vallée, the Project Manager from the CCDMD took a moment to speak about the project, thanking the Entente Canada-Québec for their support to help the CCDMD extend their services to the English colleges. Teachers that want to develop specific materials can submit proposals during the CCDMD’s annual call for projects. The CCDMD has been developing quality learning materials since 1993, but Michel was quick to point out that the quality of the Research Competition project was made possible by Lynda Gelston’s unique contribution.

After some final closing words from Mr. Vanstone, the attendees were invited to a reception. Several teachers and administrators took advantage of the occasion to congratulate Lynda and Michel on their fine accomplishment and the launch of this innovative resource that will both motivate and inspire students! 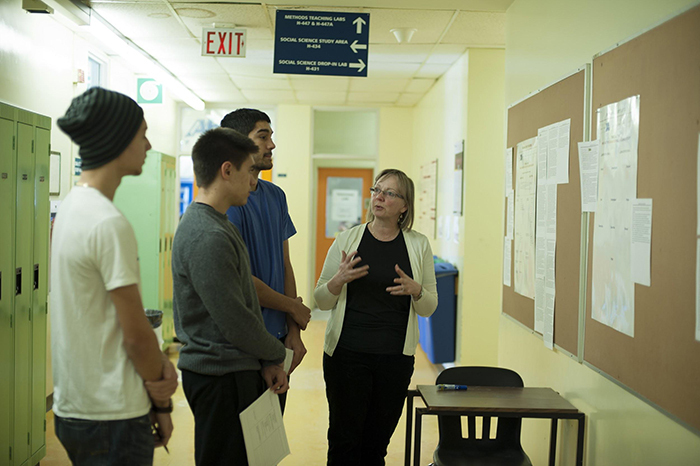 An image of Lynda Gelston speaking with some students from the Research Competition website. (Credit: Félicité Roy)