Two college teachers were the recipients of the Société pour le perfectionnement de l’enseignement de l’anglais langue seconde au Québec (SPEAQ) Awards for 2019. The awards were handed out during the opening ceremony of the annual SPEAQ convention held in Montreal on the 21-22 and 23 of November 2019.

The Keith Boeckner Award was given to Nicholas Walker of Collège Ahuntsic, and Daniel Boulerice of Cégep du Vieux Montréal received the SPEAQ Board of Directors Award. Whereas the candidate for the Keith Boekner Award is nominated by the English second language (ESL) community (colleagues, teachers, school directors), the candidate for the SPEAQ Board of Directors Award is nominated from within the board.

The Speaq organisation describes the awards as being

given to members of SPEAQ who, through their commitment and contributions to the association, have helped promote ESL (English Second Language) in Quebec and whose innovative or long-standing contributions in various areas have had a positive impact on ESL in Quebec.

Our teachers are among the people who can have a significant impact on our lives. To this day, I can recall the face of an exceptionally good teacher that I had in grade 1 and whose teaching influenced me as I grew up. Here is the story of 2 teachers who, I am sure, are inspiring in the best possible way, not only because they have all sorts of expertise in the field and are good at passing it on, but because they are brilliant at communicating their enthusiasm and passion for teaching. 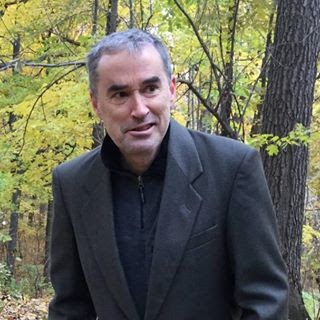 Daniel was awarded the SPEAQ Board of Directors Award for his commitment to improving the quality of ESL and ESL teaching in Quebec and his dedication to SPEAQ. He is truly worthy of this recognition. Daniel has been devoted to the ESL cause for more than 25 years.

After studying in education at Concordia University, he moved to Japan for 2 years where he did teacher training to help Japanese teachers of English update their pedagogy. When he returned to Montreal in 1993, he was hired by the Cégep du Vieux Montreal to teach ESL. He was coordinator of the language department for several years. Around the same time, he also started teaching English to post doctoral immigrants at the Université de Montréal.

Apart from teaching, playing music, hockey and raising 4 children, Dan, as he is affectionately known, has found time to become a

Anyone who has attended one of Dan’s workshops either at Regroupement au service des cégeps, anglais langue seconde (RASCALS) or l’Association québécoise de pédagogie collégiale (AQPC) are thankful that he decided to share his unique skills and expertise in teaching. He has long held that student motivation and attitudes towards school are closely linked to student-teacher relationships, thus his workshops quite often dealt with how to establish a sense of community in the classroom. He also gave workshops that dealt with teaching strategies to help students become informed, open-minded, and engaged citizens outside of the classroom.

Dan is well known in the ESL community for his involvement in RASCALS, SPEAQ’s CEGEP special interest group. He not only helps organize the annual RASCALS event but he has also has sat on the steering committee since 1996. For several years , Daniel acted as the provincial coordinator of ESL teachers and has sat on the Provincial Coordination Sub Committee since 2006.

I could not end without mentioning Dan’s dry sense of humour. We have often laughed at his calm, sincere and grave delivery of the most ridiculous subject matter. 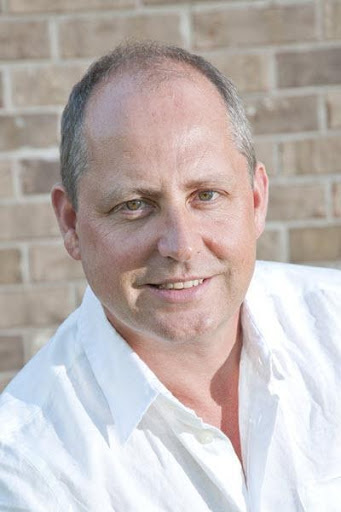 Nicholas was presented with the 2019 Keith Boekner Award for his commitment to education and hard work.

The Keith Boekner Award is not the first honour he has received as an ESL teacher. In 2017, he won the TESL Canada Innovation Award and later the same year received a Sesquicentennial Pin Award for Leadership in Education from the Honorable Melanie Joly. 2019 also saw him recognised for his dedication to his career. In June, Nicholas was awarded the AQPC Mention d’Honneur for teaching excellence and then in August the Reconnaissance Institutionelle from Ahuntsic College for his work on the Virtual Writing Tutor grammar checker.

Everyone says that hard work is the key to success and for Nicholas success did not happen overnight. After graduating with a B.A. in English Literature, he started teaching English full-time in South Korea. After a two-year stint and a trip around the world he returned to Canada and got a TESL Certificate from Concordia University before going back to Korea for another 3 years. He came back and decided to settle in Montreal where he did a Master’s in Applied Linguistics, with a thesis in on Computer Assisted Language Learning. He started teaching part-time at Ahuntsic College in 2008.

Of course for an active person like Nicholas, that was only the beginning. Since then he has created and published the Actively Engaged series of college-level textbooks. Among his numerous publications, he has also written several articles for Profweb:

Sharing professional expertise with colleagues is a great service. Nicholas has given countless presentations at RASCALS, SPEAQ and other conferences. We would be remiss not to mention Nicholas’ signature project, The Virtual Writing Tutor. He started developing this ESL grammar checker in 2012 and has been working to improve it ever since.

Meeting Nicholas and learning about his “intentionally full” career has definitely brought me to change my perspective on the word “busy”.

Thank you to both, Daniel and Nicholas, for inspiring the ESL college community for so many years. Your awards are truly deserved.